As of 2020, the National Institute of Mental Health (NIMH) estimated only 66% of adults and 41.6% of adolescents (source) with a major depressive episode had received any form of treatment for their depression in the last year. Recognizing this landscape and the challenges that Americans are facing, Melissa Franco and her co-authors at the University of Chicago decided to study what impact a new approach might have on depression screening and identification– specifically a population health (PH) approach. To evaluate this approach, Franco et al conducted a ten month trial:

The study found powerful benefits to using a patient portal to do routine depression screening using a tool like the CAT-MH®:

These findings suggest that a PH approach may be an important next step in better identifying, understanding, and, ultimately, treating depression effectively. 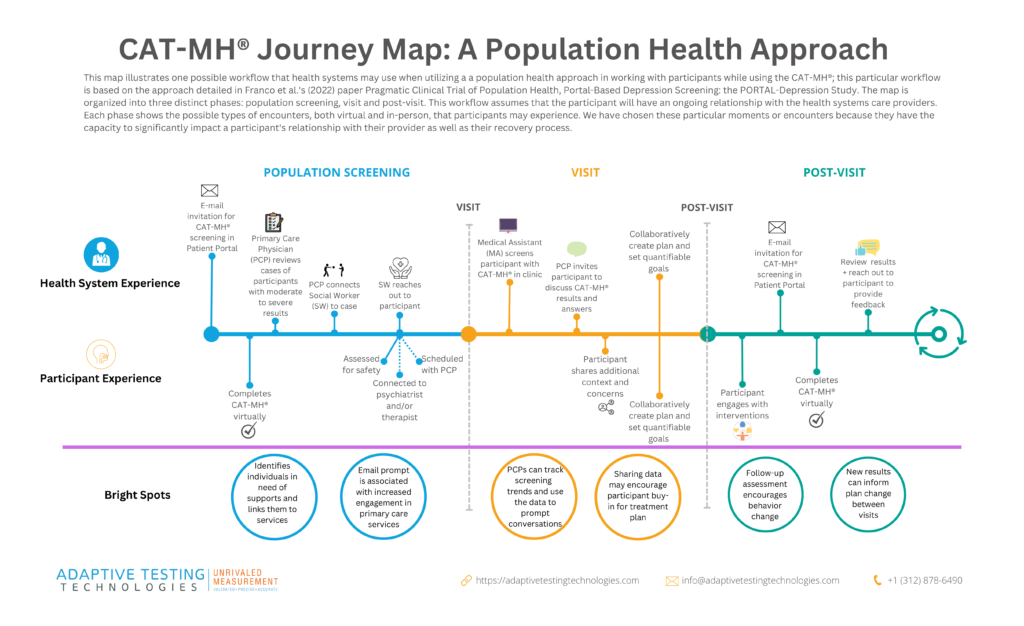