We are excited to highlight Command Counseling Center (CCC) in this Spotlight edition. Keep reading to learn more about CCC and the meaningful work that is being done with first responders in Florida.

Marie Guma is the Founder and President of CCC headquartered in Wellington, Florida. Ms. Guma founded CCC in 2019 and together with her team is working with fire and police departments in Florida to provide psychological services to first responders who experience significant trauma and PTSD as part of their daily work. CCC uses the CAT-MH® to assess baseline measurement for their clients and longitudinally measures the effectiveness of ongoing treatment. View the video below to learn more about CCC. 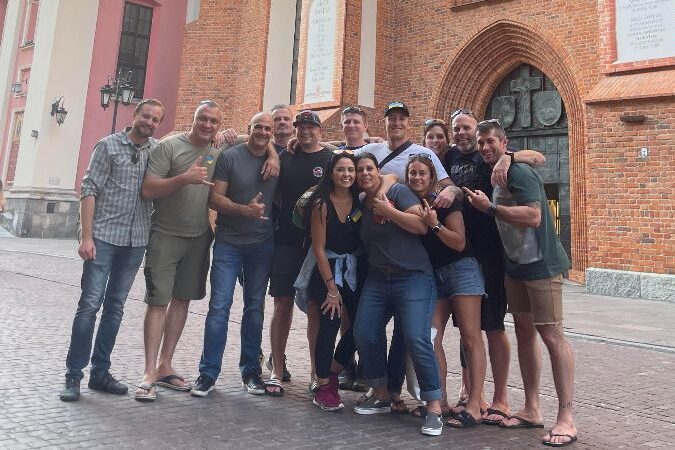 Why and when did you establish Command Counseling Center?
For 6 years, I listened to first responders’ feedback on how the mental health industry was “not working”, “broken”, and “not compatible”. In January of 2019, CCC was born as a passion project and an idealistic program created from the first responders’ feedback. What I learned from my experience and education in mental health and my immersion into the first responder culture would work to reduce the nonsensical suicide rates among these populations. I presented CCC to many Fire Chiefs, and although they liked the program and its mission, it was logistically seen as an impossibility. They never thought a city administration would pay out-of-pocket for services they were getting through insurance. In October of 2019, Alvis Fernandez, a firefighter from Boynton Beach Fire Rescue took his own life after his department tried every avenue available to them. For 3 days, I visited Boynton Beach Fire Rescue’s stations with an IAFF peer support group out of Miami and Orlando and felt the broken hearts of every firefighter and paramedic I saw. On the first day, our first station was Alvis’ station and shift. Since I am not a peer, I usually just introduce myself and sit quietly in a corner in these situations. One of Alvis’ fire brothers stood up, looked, and pointed right at me and asked, “Why did he do this?” I responded with what we know in the psychological world about suicide and this seemed to bring some ease to the room. The Union President who was taking us to the fire stations asked me to repeat those comments to all the other stations for the next 3 days. On the third day, he said “Marie, we need you here.” I sat with him, discussed the CCC, and recreated it into what he thought the City would approve. The city approved our services for the fire department and was asked to include the police department in less than a year.

What are some unique insights you have gained working with thousands of first responders?
Most first responders individually and behind closed doors accept that mental health is important. They do not openly discuss this topic because they still believe that they are in the minority, which I have found is not true.

Do you have a resource, announcement, or story that you would like highlighted on our website and in our monthly newsletter!